The Millennial generation has been widely criticized as entitled, selfish, and noncommittal. While these accusations are neither fair nor accurate, they do illustrate a generational disconnect. Young adults, and women in particular, are entering the workforce more confident than their predecessors. This confidence is not entitlement incarnate, rather it is a communal revaluation of fair pay, balanced family life, and ample benefits.

At the other end of the office, a large portion of our nation’s best employees are struggling to break into positions they rightfully deserve. Middle-aged women are increasingly being encouraged to break the molds and demand what’s owed them from their employers. Surveys indicate that women negotiate less for raises, apply in fewer numbers to executive positions, and drop out of the workforce at the highest rate. These problems are all tied to the self confidence gender gap. 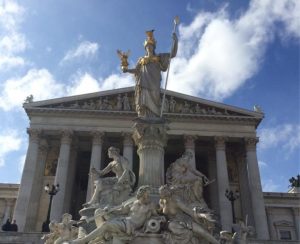 The self confidence gender gap explains the phenomenon of women waiting to be 120% qualified, while men jump once they reach 70%. It encompasses the “impostor syndrome” where women anxiously anticipate the day they will be found out as frauds due to inexperience. The gap illustrates why women explain away their accomplishments saying, “There were only 5 applicants” or, “It really didn’t take me that long”.

So how can we smooth the gap? As a member of the Millennial generation, I’ve been conditioned to avoid much of the gendered confidence gap plaguing older women. Here are a few principles I keep at my desk.

Compare Yourself to the Applicants, Not the Executive.

Great companies want originals, not copies. Women have a tendency to compare themselves to the most qualified person in the conference room. By ignoring the competition to replicate the original, women lose sight of their unique skillsets and fail to market themselves effectively. The right reason to want a job is to fix problems, start new initiatives, and improve profitability. These goals require an original.

Studies find women are more likely to ask questions in the workplace than men. This means if we don’t know, we will find out. It’s not a weakness to ask how something has been done by others. It saves resources, allows for careful reevaluation, and could expose functional problems. The propensity for questioning builds consensus and should be viewed as a strength. Not knowing isn’t a weakness unless you have no desire to learn.

If You Don’t Deserve It, Who Does?

Due to our obsession with being the most qualified, women may lose sight of who the actual competition is. How many people do you know that meet the ideal candidate description? Chances are, not many. Finding a job isn’t all about qualifications, it’s also about having the drive and willpower to complete the tasks at hand. If you want it, and are committed to bettering yourself to live up to the position, you are just as worthy as anyone else.

When in Doubt, Get Creative.

Diversity within the workplace breeds innovation and women bring a valuable perspective. When a dead end is reached, or every idea has been tried, that’s when the rubber meets the road. How much can you do with little? As women, our historical legacy is one of making do, while leading others to think it’s plenty. We bring that maternal heritage into the workplace. Take a few moments to brainstorm possibilities to simplify current procedure, expand the company, or handle a crisis. Simple notes and preparation set you apart.

Your Family brings Perspective, not Baggage.

Millennials are increasingly demanding accommodations for a healthy work-life balance from employers. We know that a happy family and social life will help us excel in the workplace by reducing stress and creating productive outlets. It is not shameful to have a child, a husband, or an ailing mother-in-law. These parts of our lives allow us to relate to a broader market and empathize effectively with our clients. A family increases your ability to prioritize, one of the most desirable traits for employees. The main thing is to keep the main thing, the main thing. Companies juggle a number of functions and commitments and so do you. 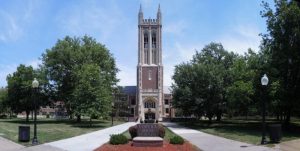 In 2012, 70% of high school valedictorians were female, a trend we see continuing into universities and colleges. As a millennial, I’ve grown up watching women succeed. Every boss I have ever had has been a woman. My teachers and mentors have been majority female. The idea that a woman is inherently less qualified, less intelligent, or less capable doesn’t even begin to reflect the world I know.

You owe it to yourselves, your daughters, and your sons to be the best you can. That includes running for political office. It includes applying for executive positions, and it includes asking for that well deserved raise. There is no factual evidence to say that you are an impostor. If anything, that man in the corner office may be a poor substitute for you.

I’ve been told I’m capable, and I know it to be true. You can too.

How to Adult: A Financial Checklist »